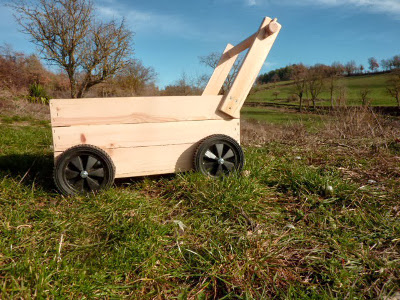 El Pájaro Carpintero (The Woodpecker).
It all began in 2011, in a small makeshift workshop in the town of Sendes, creating children’s toys and play materials using wood and material found in the forest, learning as he went along. His passion for the materials and respect for nature grew, as did his sense of creativity and enthusiasm for what he was doing, which would soon become his life project. Little by little, he became increasingly adept at carpentry, and started creating bigger pieces, focusing more on materials suitable for children.

During this inner journey, his interest began to evolve, focusing not only on building the materials, but also on the dynamics they create in a group. It was then, in 2013, that he started creating large-scale toys and creativity really started playing a key role in the company.

After a long time researching and creating, designing and building, inventing and imagining didactic material for children under the name “El Pájaro Carpintero”, one day the chance arose to assemble a children’s play space. This rewarding experience opened up a whole new world—that of large-scale play installations. With a newfound interest in these new materials, he started to design not only new pieces, but new play spaces.

One of the goals is to create spaces where the whole family can get involved, sharing and discussing, and using games and play as the language of communication. “It’s great to spend some time playing with those we love the most, and it has a really good effect on our relationships with others.” 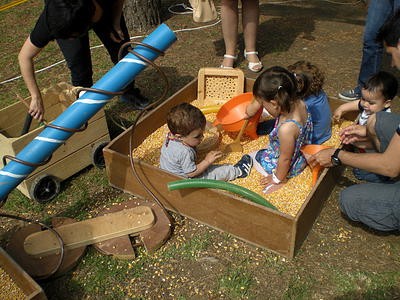 The Space is a pioneer in its area and consists of quality, educational and recognized teaching guiding material. It stimulates values such as: sharing, respecting, and helping amidst laughs and emotions.
There are different areas: psychomotor activity structures, sensorial playing, building (blocks and jigsaw puzzles), cereals sandy area, and a relaxing and quiet space. END_OF_DOCUMENT_TOKEN_TO_BE_REPLACED 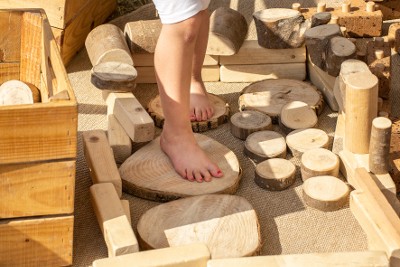 Space of creativity, free expression, personal and environmental exploration, for children 0-4 years. Under a geodesic wooden dome that displays five petals, we install a very organic material with different shapes and textures with natural wood as a base. END_OF_DOCUMENT_TOKEN_TO_BE_REPLACED 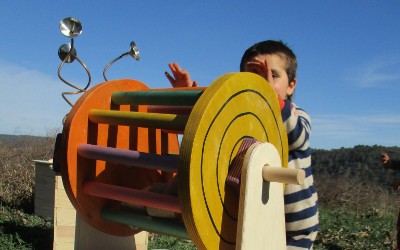 Sound is the name of the game in this play area for 0 to 4 year-olds, which is full of strange instruments that enable children to play, discover and experiment them easily and simply. END_OF_DOCUMENT_TOKEN_TO_BE_REPLACED