With a long career with the companies Ne Me Títere Pas, Antigua y Barbuda and various television productions, Xesco Quadras combines his knowledge of engineering with the passionate world of puppets in this solo project.

With Ne Me Titere pas creates “The farce of Mr. Governing” (2006), a show that had been recognized for the uniqueness and innovation of the proposal through awards of different Spanish street festivals.

In 2013 founds the company Peus de porc and present  the following shows:

The Ogre is about to eat a soup of vegetables when, at the door, a child appears in search of shelter … The joy of the Ogre is infinite!
But the child is cold, hungry, thirsty … and the Ogre can not eat a cold and hungry child. .. END_OF_DOCUMENT_TOKEN_TO_BE_REPLACED

Circumloqui has set up its stage at the top of a motorized tricycle and prepares to act on the entire town.
Travelling puppet show which mixes humour, home engineering, and live music. Launched in 2010, has been featured in major trade fairs in Spain; Namur en Mai, Belgium; La Strada of Bremen, Stamp of Hamburg and Performance Paderborn in Germany; Festival Mondial de Marionnettes de Charleville, France; and the London Outdoor Arts Festival (cultural program of the Olympic Games) in London, UK. END_OF_DOCUMENT_TOKEN_TO_BE_REPLACED 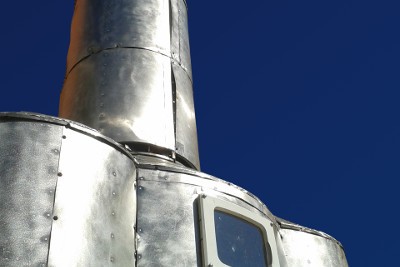 I-MAG 341, a rocket to fire your imagination

The team of the I-MAG 341 rocket is ready to raise passengers over 80,000 kilometres height to be able to see the earth from a distance.
Do you want to be an astronaut? Make your dream come true!
The Special Rocket, a rocket to fire your imagination.
END_OF_DOCUMENT_TOKEN_TO_BE_REPLACED

The bar machines have come out on the street and have met the puppets!
Mechanical puppet theater offers you the opportunity to manipulate puppets while trying to win the game to your opponent.
Different routines will test your skills. END_OF_DOCUMENT_TOKEN_TO_BE_REPLACED